Cryptocurrency has been one of the hottest topics in the financial world in 2018. The value of some cryptocurrencies has increased thousands of times over. Bitcoin, the original and most famous cryptocurrency, has increased in value over a thousandfold since 2010 when a Bitcoin was worth only a few pennies. The current price of a single Bitcoin is over $4,000, making many people into millionaires.

Cryptocurrency is a digital currency that isn’t controlled by a central government. Instead, it is distributed across a network of computers. The coins are known as “tokens” or “coins” but most people just refer to them as “cryptocurrencies.”

When You Look At An Investment Like Cryptocurrency, The First Thing You Wonder Is, “Why Do Prices Go Up And Down?” That’s A Fair Question And One That’s Actually Pretty Easy To Answer.

The price of cryptocurrency is determined by a combination of factors. The most important is the current state of the market; when all coins are doing well, the prices of all coins will climb. The second is the news; if there is exciting news about a coin, its price will often increase. The final factor is the coin’s technology; if the coin is in the final stages of new technology, it may rise in price 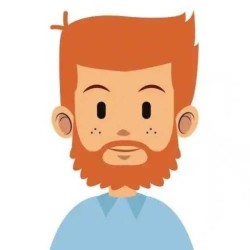